A man who has pleaded guilty to using an internet dating site to groom a child for sex has said at his sentencing hearing he did it partly because he was feeling neglected by his wife. 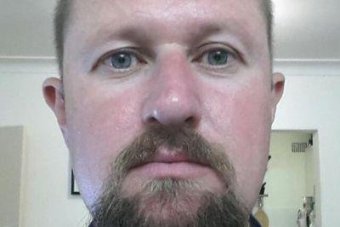 Jeremy Lysaght is awaiting sentencing for grooming an underage girl on Filipino Cupid.

Jeremy Paul Lysaght, 43, has admitted he began speaking to women on dating site Filipino Cupid in 2015, including one who was under the age of 16.

Lysaght told the Sydney District Court he believed he had an alcohol problem and was drinking heavily at the time, which he said “removed inhibitions” and contributed to his offending.

He said he was having problems with his marriage and he was “not very intimate” with his wife when he began speaking to the underage girl online.

“I think I felt neglected for a period of time,” he told the court.

Lysaght said that was one reason he believed he committed the offence.

He said speaking to girls online “made me feel good and appreciated” and he was flattered by the attention which gave him an “ego boost”.

He also said he was “feeling quite down” at the time and believed he had depression and anxiety, and although he had not been diagnosed he was planning to see a psychologist this month.

When Justice Peter Maiden questioned why he had not sought help for his mental health earlier, Lysaght said it could be tough for people to admit they have a problem.

Justice Maiden responded: “You have a problem with sexualised fantasies about young girls.

“The offender appears to have little insight into his offending behaviour.”

Justice Maiden ordered the case be adjourned so Lysaght could be assessed by a psychologist and a report be prepared on the sexual nature of his offending.